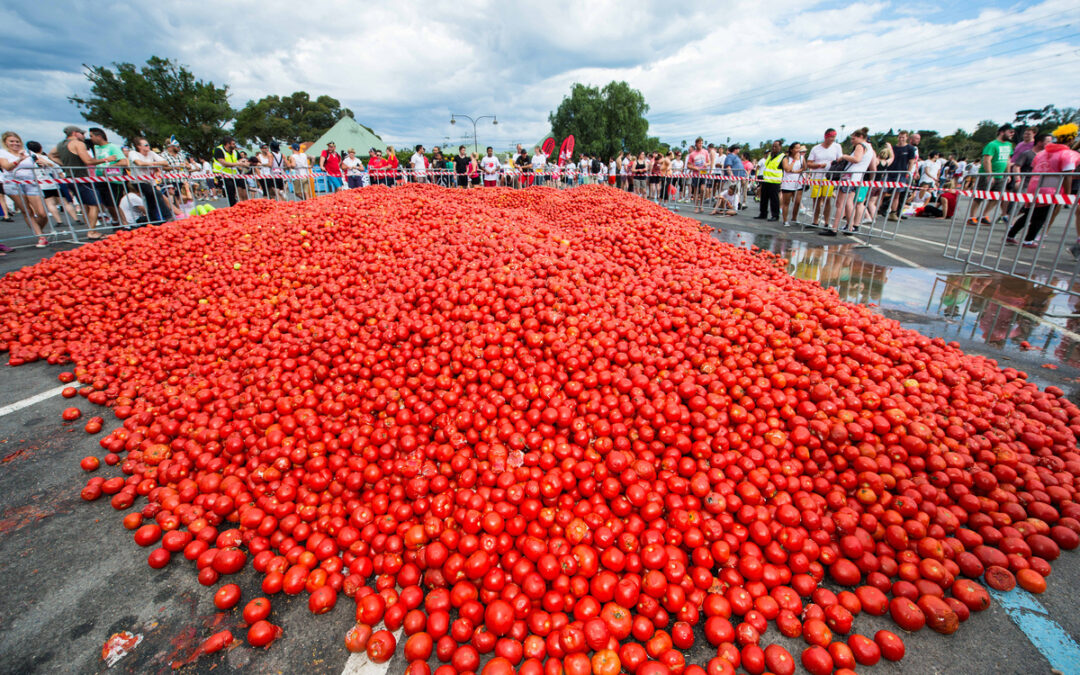 That’s right a tomato is actually a fruit.

The world record tomato plant is over 610 square feet. This tomato plant produced approximately 32,194 tomatoes.  Did you know they have a festival in Spain, the La Tomatina, where they throw the tomatoes at each other? They have been known to use over 150,000 tomatoes at this festival. The largest tomato was grown in Oklahoma, in 1986 that weighed over 7 pounds. The state of Ohio declared the tomato their state fruit, whereas New Jersey declared the tomato their sate vegetable. Arkansas has declared the tomato both their state fruit and vegetable.  Did you know a tomato was 94% water?

Tomatoes have a high concentration of lycopene that protects cells from damage caused by free radicals. It also contains potassium, vitamin B, vitamin E, and several other nutrients that help in maintaining proper health. Eating tomatoes raw will give you more nutrients, cooking a tomato actually cause the tomato to lose nutrients.